I am taking a break for the next few weeks (unless something urgent emerges). Completing a century in less than two years has not been easy, but always exhilarating. While I am basking in the sun would you please let me know how you would like the Newsletter improved. Whether you read it all or only skim I would still like to hear your ideas – on subjects, scope, presentation and any anything else that would excite you.

MH17: Australia Says Russia Not To Blame, Evidence Tampered With

The official Australian investigation into the cause of the crash of Malaysian Airlines MH17 have accused the Dutch Safety Board of failing to provide “conclusive evidence” of what exactly destroyed the aircraft, and that Russia did not shoot down the plane despite accusations to the contrary.

“I Know Of No One Who Predicted This”: Russian Oil Production Hits Record As Saudi Gambit Fails

In late October Russia overtook Saudi Arabia as the biggest exporter of crude. Russia also took the top spot in May. Moscow is wrestling with crippling Western economic sanctions and sees that building closer ties with Beijing is key to mitigating the pain. Here’s a look at the longer-term trend:

Washington Is Panicking That Putin Is Breaking the ISIS Supply Line

ISIS is integral to the West’s strategy for toppling Assad. Every day, trucks laden with food, clothing, and other supplies cross the border from Turkey to Syria. It is unclear who is picking up the goods. The haulers believe most of the cargo is going to the “Islamic State” militia. Oil, weapons, and soldiers are also being smuggled over the border, and Kurdish volunteers are now patrolling the area in a bid to stem the supplies.

Something really HUGE just changed and the US no longer appears to be calling the shots! [see next item] The US would not back down for ANY reason other than financial. The ability to issue the world’s reserve currency, the ability to issue unlimited debt and the dirty little “empty secret” called Fort Knox! Once the unravelling begins it will go very quickly. No one could have foreseen the US being “ordered” to do anything, yet this is exactly what appears happened last week!

America Falls Into Line With Russia on Syria

After years of calling for regime change, the Americans seem to have finally accepted that Assad is still ‘our man in Damascus.’ The key sentence came after Kerry’s meeting with Putin in Moscow: “The US and our partners are not seeking so-called regime change,”

The IMF Changes its Rules to Isolate China and Russia

The nightmare scenario of US strategists seems to be coming true: foreign economic independence from US control. The Russian and Chinese governments are investing to cement Eurasian economic integration through Russian oil and Chinese finance. The Asian Infrastructure Investment Bank threatens to replace the IMF and World Bank that favour US suppliers, banks and bondholders (where the US holds unique veto power).

With the small Central African country spiraling toward chaos, the AU may be about to make an unprecedented decision to force a peacekeeping mission. Months of grinding conflict between supporters and opponents of President Pierre Nkurunziza are threatening to explode into a full-blown civil war.

The Greenland ice sheet is more sensitive to long-term climate change than previously thought. The warming threshold leading to a monostable, essentially ice-free state is in the range of 0.8–3.2 °C, with a best estimate of 1.6 °C.

Pilger on Yemen, Greece, Jeremy Corbyn, US bases against China (most on the Asia-Pacific) and the Chilcott report.

US Plotting to Disintegrate Iraq, Syria into 8 New States

“The US is after implementing its plot to create a Greater Middle-East whose aim is disintegrating Iraq into three countries and dividing Syria into five states in a bid to downsize countries to provide security to the Zionist regime,” 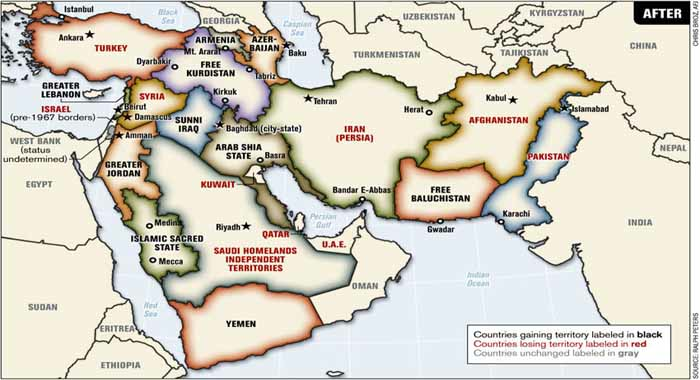 The Logic of the Police State

People Are Waking Up to the Darkness in American Policing. “A chill wind that has blown through American law enforcement over the last year.”

Record numbers of prisoners die at the hands of their jailors

The US has a prison crisis of epic proportions. With just 5% of the world population, but 25% of the world’s prisoners, the US has, far and away, the highest incarceration rate, the largest number of prisoners, and the largest percentage of citizens with a criminal record of any country in the world.

She confessed her country would be ‘overwhelmed’ unless she took action as the number of asylum-seekers arriving this year topped one million since dramatically opening to refugees in August. 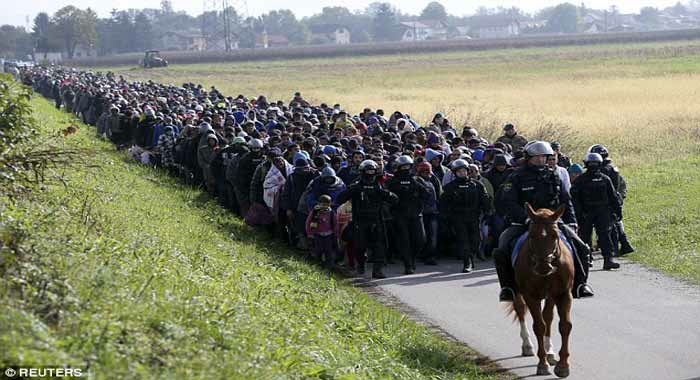 Assad hopes to turn Homs into a symbol of his government’s resurgent fortunes — but it might end up as an icon of  brutality.

The Unraveling of Jacob Zuma

South Africa’s president just sacked two finance ministers in a week and can ill afford economic turmoil: GDP is expected to expand just 1.4 percent and official unemployment stands at 25% (the real number is closer to 35% when discouraged jobseekers, who have simply given up looking for work, are taken into account). Meanwhile, South African farmers are grappling with one of the worst draughts in years.

Putin and Israel – a Complex and Multi-layered Relationship

I usually refer to the forces backing Putin as “Eurasian Sovereignists” and the forces backing Medvedev as “Atlantic Integrationists”.  The goal of the former is to fully sovereignize Russia and make her a key element in a multi-polar but unified Eurasian continent while the goal of the latter is to be accepted by the AngloZionist Empire as an equal partner and to integrate Russia into the western power structures.

Kurdish militia beat back the Islamic State (IS) and nearly tripled the size of Kurdish-controlled territory in Northern Syria, all the while helping shrink the size of the IS caliphate by around 14 percent.