Government is the Entertainment Division of the military-industrial complex

Political Correctness is a doctrine, recently fostered by a delusional, illogical minority and promoted by a sick mainstream media, which holds the proposition that it is entirely possible to pick up a piece of shit by the clean end

Sudden high Arctic methane release at Svalbard in late 2010 and similar sudden methane peaks also occurred at Barrow Point. Giant fountains/torches/plumes of methane entering the atmosphere up to 1 km across on the East Siberian Shelf. Methane eruption is now so similar to Permian extinction event temperatures and methane data. This paints a frightening picture of the beginning of the now uncontrollable destabilisation of the subsea Arctic methane hydrates which started in late 2010. This process of methane release will accelerate exponentially, release huge quantities of methane into the atmosphere and lead to the demise of all life on earth BEFORE the middle of this century.

This is a dense article and some of the diagrams are so jam-packed with information that you have to spend time on them. We should understand how few years we have left – not from C02 but from methane. Go to a companion article for some very instructive diagrams, and follow them from beginning to end.

Light made forward estimates 4 years ago that complete Arctic sea ice melt would start at the end of last year. This was correct (see next item) and in Figs.15 and 22 he shows that by 2050 we could have complete destabilisation of all ice sheets that would raise sea levels 63 metres. That’s a while away, but its the process that’s important, for rising seas do not arrive in a moment, but are gradually stretched over time (see later items on melting Greenland): Fig.20 forecasts that by the end of 2018 lots of Bangladesh could be inundated, and we can imagine the consequences of that. The point is that we don’t have much time to develop the RESILIENCE these times will require of us. 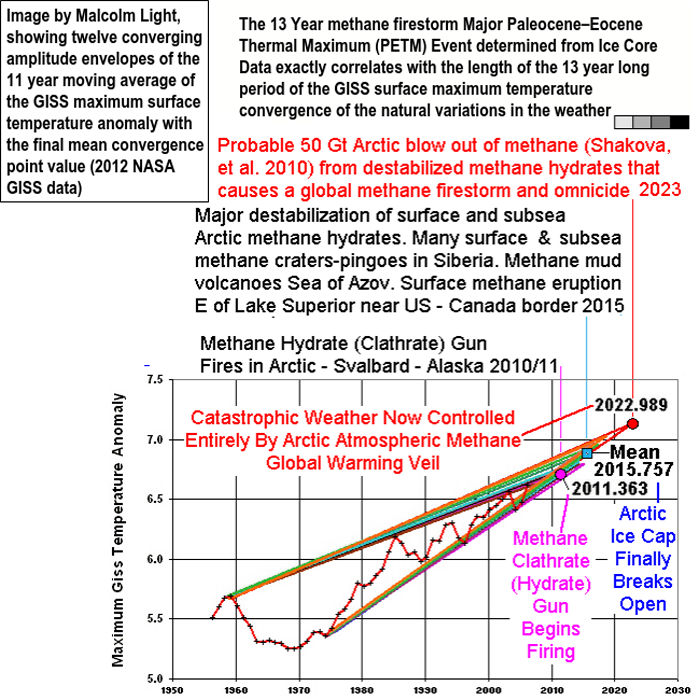 25 years of Arctic ice melt in one minute – Timelapse

“We no longer see giant icebergs calving from glaciers, releasing ice into the sea, The majority of water is coming from surface melt. Greenland is melting ahead of schedule.”

Icebergs are Showing up off Newfoundland in January, four months early

A monster El Nino firing off in the Pacific. A massive fossil fuel driven accumulation of greenhouse gasses pushing CO2 levels well above 400 parts per million. The contribution of other greenhouse gasses pushing the total global heat forcing into the range of 485 parts per million CO2e. Given this stark context, we can definitely say this is serious.

and our Sydney Morning Herald

The Last Time Earth Was This Hot Hippos Lived in Britain

and our own Climate Council While Australia’s renewable energy target is at a standstill global investment in renewables reaches record levels.

Your life savings could be wiped out in a massive derivatives collapse. Bank bail-ins have begun in Europe, and the infrastructure is in place in the US

The worst year for asset allocation funds since 1937

Powerful philanthropic foundations—controlled by wealthy individuals—are actively undermining governments. setting the agenda for international bodies like the UN and are undermining democracy and local sovereignty.

Afghanistan, after the longest military campaign in US history, is being handed back to the Taliban. Iraq no longer exists as a sovereign nation, but has fractured into three pieces, one of them controlled by radical Islamists. Egypt has been reformed into a military dictatorship. Libya is a defunct state in the middle of a civil war. The Ukraine has been reduced to pauper status in record time—less than a year.

We have overwhelming global power

“We are history’s designated custodians of the international system. When the Soviet Union fell, something new was born: a unipolar world dominated by a single superpower unchecked by any rival and with decisive reach in every corner of the globe. This is a stagering new development in history, not seen since the fall of Rome. Even Rome was no model for what America is today.”

US bases have cost tens of billions and provided support for a long list of undemocratic regimes, including Saudi Arabia, Bahrain, Qatar, and Djibouti. They have enabled a series of military interventions which have turned the Middle East into a cauldron of sectarian-tinged power struggles, failed states, and humanitarian catastrophes, fuelled radicalism, anti-Americanism, and the growth of the very terrorist organizations now targeted by the supposedly new strategy.

Lavrov: Americans are ‘running the show’ in Ukraine

Who Stole 143 Tons of Gold From the Libyan People?

Chaos has escalated since Gaddafi’s death.

ISIS  have built a stronghold in Sirte and earns money through running the migrant boat trade.

Togs or swimmers? Why Australians use different words to describe the same things. A series of maps showing differences has sparked fierce debates online over the virtues of calling a barbecued sausage served in a single slice of bread a “sausage in bread” or a “sausage sandwich”.

The rise of autistic spectrum disorder is a cultural phenomenon, linked to how the news media interact with and reinforce trends in other branches of the culture.

How the Oil Industry Conquered Medicine, Finance and Agriculture

The hidden legacy of 70 years of atomic weaponry: At least 33,480 Americans dead and 107,394 diagnosed with cancers and other diseases after building the nation’s nuclear stockpile over the last seven decades.

Inside IS Terror Weapons Lab

From a “jihadi university” in the Syrian city of Raqqa, the IS scientists have stunned western weapons experts by producing a homemade thermal battery for surface-to-air missiles.

The “Hong Kong” of ancient Egypt

Wood from Greek ships and Egyptian figurines dedicated to a “festival of drunkenness” are among more than 10,000 artefacts discovered on the site of the city of Naukratis, which was on the Nile delta and reveal a vast trading network befitting an international city with a history spanning 1,000 years.

Russia has peaked. China also and Brazil is very close to peaking if it has not already. I just don’t see the promise of a resurgent oil production that will surpass the 2015 peak.

There are many indirect signs that the Rothschilds  played the game of lowering the gold price to automatically strengthen the dollar. The Rothschilds  used different shady schemes to buy the precious metal, so, naturally, they needed the lowest price possible. London gold fixing functioned to carry out this task. They got gold from everywhere they could. Central banks and treasuries were the main sources. According to official data, there are 8100 tons of gold in Fort Knox. The storage has not been audited for sixty years. According to my estimates, the probability this gold being there is nil.

Is this why the Saudis may sell part of Aramco?

Washington Lining Up House of Saud For The Chop?

The US has allowed the Saudi elite to “fund Islamic terrorists” in a tawdry trade-off for the supply of oil.

Desperation does not even begin to describe the current plight of the House of Saud. 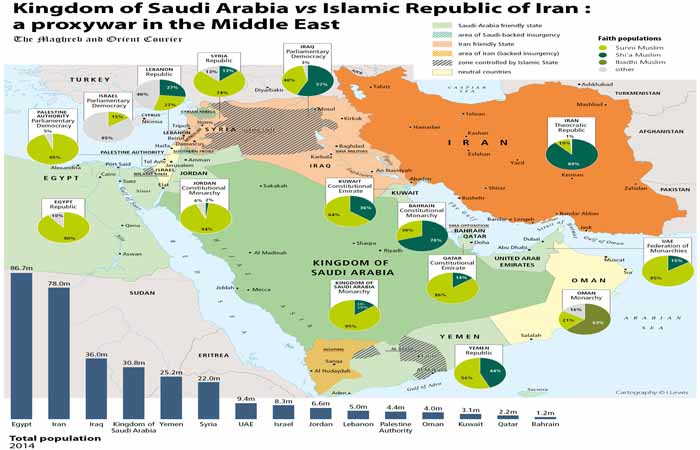 It would be elegant if wind and solar energy capturing devices could actually maintain a modicum of the wonderfully rich lifestyles many of us live, but large wind turbines have an eco-cost.