The many stories during this week show we are now reaping the whirlwind. The seeds

were plated by greed and watered by apathy. Over the past 18 months global warming

has hit us – savage, unstoppable and uncaring – and will now continue to the bitter end.

Climate change isn’t just a steady linear progression to some different kind of planetary state: we now live with a climate system that can blink out entire ecosystems in a matter of weeks or months. This should be frightening.

If we don’t halt population growth, with justice and compassion, it will be done for us by nature, brutally und without pity—-and will leave a ravaged world.

Climate Change is Bleaching the Great Barrier Reef Out of Existence

Sea surface temperatures and temperatures within the top 50 meters of water over the Great Barrier Reef rose to 3-4 C above average during the Summer and Fall. These record temperatures lasted for weeks in some regions

Kiritimati: The Largest Coral Atoll In The World Lost 80% Of Its Coral To Bleaching

they support about a quarter of all marine species, and provide support to livelihoods of 500 million people. There’s been nothing like the current die-off in Kiritimati in the 7,000 years of ancient coral history there.

“This will change the Great Barrier Reef forever”

From Cairns to the Torres Strait, the once colourful ribbons of reef are a ghostly white. I’d expect to see about half of those corals die in the coming month or so. What we’re seeing now is unequivocally to do with climate change. The government has not been listening to us for the past 20 years. It has been inevitable that this bleaching event would happen, and now it has. 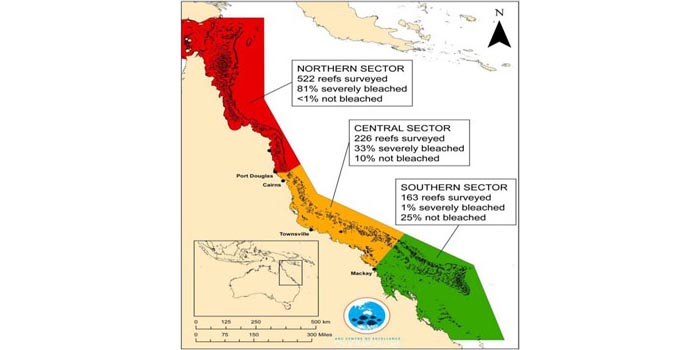 A Hothouse Summer is Coming and We’d Better Get Ready

We have never seen Winter heat like this before over Western North America. This creates a heightened risk of seriously severe Summer extreme weather events ranging well into the far north. Similar situation in Western Russia and North-Central Siberia.

Who Benefits in Yemen

Saudi Arabia decided to go to war in Yemen because it feared the Houthi takeover of the country would give Iran, its chief regional enemy, a foothold on its vulnerable southern underbelly. The Saudis also demonstrate they could project their military power in the region to aid in their quest for leadership of the Arab world.

Businesses and political interests are now one and the same. Are we a democracy ruled by the people as represented by government, or a corporatocracy where government is the political arm of big business?

US firms knew about global warming in 1968 – what about Australia?

By the late 1970s, The Canberra Times began running prominent stories about the possibility of sea-level rise and other climate impacts. A November 1977 article warned that relying only on coal-fired power would flood cities.

Almost 97% of climate scientists agree that the planet is warming due to human activity, according to a peer-reviewed paper published in Environmental Research Letters. The study is a “consensus on consensus.”

Loneliness is killing us

Severe loneliness in England blights the lives of 700,000 men and 1.1m women over 50, and is rising with astonishing speed. Social isolation is as potent a cause of early death as smoking 15 cigarettes a day and is twice as deadly as obesity.

The most abnormally hot regions of the world last month included Australia, which set a record with minimum temperatures almost 2 degrees above the average for 1961-90, while the Arctic region was about 3.3 degrees above average

Which homes will be swamped by rising sea levels

Australians can see on a map how rising sea levels will affect their house just by typing their address into a website. And they’ll soon be able to get an estimate of how much climate change will affect their property prices and insurance premiums, too.

What it is like to be a bee: insects can teach us about the origins of consciousness

Whether insects can feel and sense the environment from a first-person perspective, sometimes called “phenomenal consciousness”.

The Impacts of Climate Change on Human Health in the US: A Scientific Assessment

The First Nuclear Age was characterized by the Cold War era bipolar international system. While a few other states their arsenals were small compared to the two superpowers. The world is far different today. On the one hand, both the US and Russia have far smaller nuclear arsenals than they did while new nuclear powers have emerged with advanced conventional precision capabilities.

The six years since Obama’s empty pledge to reduce nuclear weapons have seen a vast intensification of US-led aggressive military operations aimed at consolidating American hegemony and weakening Russia and China in key geostrategic regions. As part of the ongoing bombardment of Iraq and Syria, carried out under the pretext of combating terrorism, Washington recently sent nuclear-capable B52 bombers to its Middle East bases, bringing them well within range of Iran and Russia itself.

Cyber Threats are going to get worse.

The number of nations with the ability to conduct cyber operations is expanding, because the tools to get inside a network, to steal data, and to do damage are increasingly available on the black market. So, smaller countries, which don’t have the resources to develop their own capabilities, can now simply go out and buy them.

A team in China says it has found way to make solar panels work effectively in both rain and shine, by coating them with a layer of electron-rich graphene that can generate electricity from both sunlight and from salt ions in rain water.

As higher urban temperatures occur at the scale in which people actually live – the building, the street, the block – the implications for our health and well-being are profound.

University of Melbourne wants to install 1.8MW of solar PV across campuses

The CEFC said it would loan up to $9.1 million to accelerate the installation of energy efficiency technologies. The voltage optimisation equipment – which controls and corrects incoming power voltage to increase building energy efficiency – is expected to produce the biggest energy saving, reducing consumption by more than 4GWh per annum.

How to build a city fit for 50℃ heatwaves

Expect an air conditioning boom. This will cost a lot both to build and to operate, and we’ll have to come up with systems specially designed for extreme temperatures.

The Turnbull Coalition government has kicked off its informal re-election campaign by repeating its desire to build a massive coal fired power station in north Queensland, only this time it proposes to use climate funds to help pay for the project.

Modelling shows move to 100% renewable energy would save Australia money

Estimated cost of moving all electricity, industry and transport onto renewables by 2050 would be $800bn, a saving of $90bn

Australia’s carbon emissions and electricity demand are growing: here’s why

The proportion of emissions from electricity fell, largely due to falling demand and less electricity produced by coal. But over the last year demand grew by 2.5%, nearly all of this supplied by coal.

The Saudis are telling the US they’ll wreck the economy, if a bill is passed that would remove the unique and exclusive immunity the royal family enjoy in the US against being prosecuted for their having financed the 9/11 attacks.

Obama in the Arab Lions’ Den

Is Hillary Clinton Above the Law?

We might as well have had an in-place mole at the highest level of our government.

Tropical Cyclone Winston, which smashed into Fiji in February, was the strongest storm ever recorded in the southern hemisphere and Tropical Cyclone Fantala has been spinning north of Madagascar, generating winds of 278 km/h and 300 mm of rain an hour.

Last month, the schools closed on a group of islands off Papua New Guinea’s coast. Climate change has claimed their crops, and large portions of the low lying atolls. A square meal is increasingly rare. 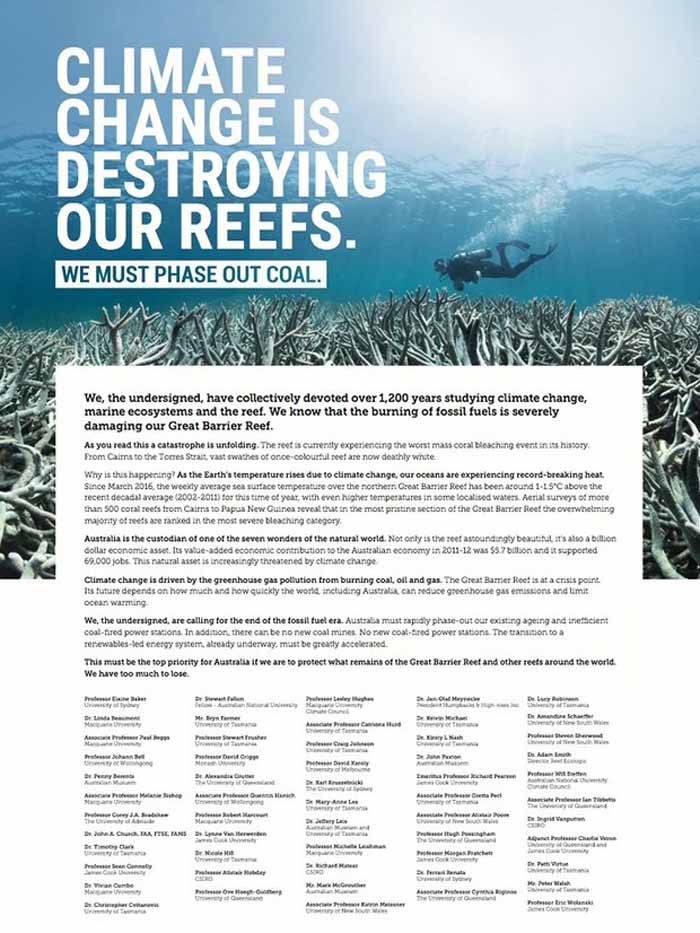