In the darkest hours of existence we grasp tight, no matter how illusory, to the starry gleams of hope

Washington’s game plan for Iraq was to shock and terrorise the entire country, deliberately ruin its infrastructure, do nothing while its culture and history were ransacked, and then make it ok with an unlimited supply of cheap household appliances and imported junk food

My job was to encourage world leaders to promote US commercial interests. In the end, those leaders become ensnared in a web of debt that ensured their loyalty. We can draw on them whenever we desire to satisfy our political, economic, or militarily needs. In turn, they bolster their political positions by bringing industrial parks, power plants, and airports to their people. The owners of US engineering and construction companies become fabulously wealthy.

Most of World Bank’s Private Investments Linked to Tax Havens

Poor countries are cheated out of an estimated US$100 billion in taxes a year by companies using offshore havens and other tax-dodging tricks. The World Bank is complicit in promoting tax havens with the majority of its private investments going to companies with offshore accounts,

US corporations have $1.4tn hidden in tax havens

A seemingly insular regime harnessed the tools of globalisation to ensure its survival. Three Syrian companies close to the government – Maxima Middle East Trading, Morgan Additives Manufacturing and Pangates International – used the Panama-based law firm Mossack Fonseca to create shell companies in the Seychelles to avoid the increasing pressure of global sanctions. This paid for fuel that kept Syria’s Air Force in the air.

Let us not be distracted. Let us instead focus on the super rich who finance the political campaigns that support their interests, promise lucrative consulting jobs when politicians leave office, and hide their fortunes in tax havens.

Six years after 13 countries pledged to double the number of tigers in the wild by 2020, the World Wildlife Fund (WWF) declared tigers “functionally extinct” in Cambodia. The US could has an estimated 5,000 tigers in captivity, 95% owned by individuals. It has no system to monitor how many there are, who owns them, when they’re sold or traded.

the ORNL equipment could shorten the time needed to boost a battery back up to 80% range from 8 hours or more to as little as 3 hours. That could even make it suitable for applications away from home, such as shopping malls.

“Solar and storage together are the future of electricity. That’s a huge direction in Australia and we are the world’s leading household solar nation. Now we want to be number one in the deployment of battery storage.” http://reneweconomy.com.au/2016/hunt-wants-australia-to-lead-world-in-battery-storage-98694

A new report details the sheer amount of water contamination, air pollution, climate impacts, and chemical use in fracking in the US. For the past decade, fracking has been a nightmare for our drinking water, our open spaces, and our climate.

melt season that usually starts as May rolls into June and has never iniated before May 5th just began on April 11 That’s 24 days ahead of the previous record and more than a month and a half ahead of the typical melt start.

Climate change projections have vastly underestimated the role that clouds play, meaning future warming could be far worse than is currently projected. A doubling of C02 could result in a global temperature increase of up to 5.3C – far warmer than the 4.6C older models predict.The analysis of satellite data found that clouds have more liquid rather than ice, than has been assumed. Clouds with ice crystals reflect more solar light than those with liquid, stopping it reaching and heating the Earth’s surface, which means that models showing future warming are misguided

Since 2003, Greenland has lost more than 272 Tkg of ice a year, and that affects the way the Earth wobbles in a manner similar to a figure skater lifting one leg while spinning. On top of that, West Antarctica loses 124 Tkg and East Antarctica gains about 74 Tkg, helping tilt the wobble further. They all combine to pull polar motion toward the east

The “just war” is obsolete as the massive civilian casualties undercuts the moral ground for conceiving any war as just.

The Dictator of the Vatican

Francis’s “People’s Pope” persona has always belied an autocratic temperament that is coldly efficient at achieving his aims.

A Harbinger of the End of the Fossil Fuel Era

Coal production as Peabody Energy Declares Bankruptcy, as an end becomes more and more visible in an ongoing global coal industry collapse and retrenchment. In three of the world’s largest coal producing and consuming regions (India, China, and the US) production, imports and exports are down. In the US, coal production has fallen by more than 50% since 2008.

4 Things to Know About the Peabody Energy Bankruptcy

In the last couple of years, more than 50 coal companies have declared bankruptcy. Activists in the US have halted the construction of more than 150 new coal-fired power plants since the early 2000s.

The best way to motivate people to support action to limit climate change is to explain the dangers of not taking action. While that may not seem surprising, it is only recently that the immorality of inaction have been a key focus of top US politicians.

Of the 105,000 Australians that are homeless, more than a quarter are under 18. Most are fleeing family breakdowns or domestic violence. Yet the Abbott/Turnbull government cut millions from the support services so that hundreds are turned away every day. Homelessness should have no place in Australia.

LSD’s impact on the brain revealed in groundbreaking images

The brain scans revealed that trippers experienced images drawn from many parts of their brains as regions once segregated spoke to one another. Further images showed that other brain regions that usually form a network became more separated in a change that accompanied users’ feelings of oneness with the world, an “ego dissolution”. 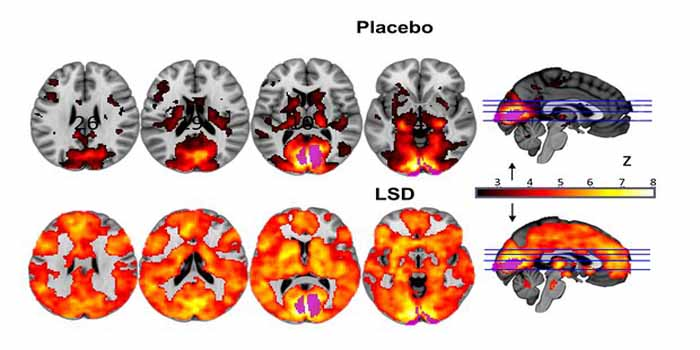 Australia could be world leader in solar-powered electric vehicles

With an already high penetration of residential solar PV systems in Queensland and South Australia and the emergence of home battery technologies, there is an exciting opportunity for Australia to be a market leader in electric vehicles powered by solar energy,

Communities in northern Japan are being overwhelmed by radioactive wild boars which are rampaging across the countryside after being contaminated by the Fukushima nuclear disaster.

Simply put, a rapid atmospheric accumulation of greenhouse gasses is swiftly pushing the Earth well outside of any climate context that human beings are used to. The influence of an extreme El Nino on the world ocean system’s ability to take down a massive human carbon emission together with signs of what appears to be a significantly smaller but growing emission from global carbon stores looks to be setting the world up for another record jump in atmospheric CO2 levels during 2016.

While April is just half way through and temperatures are setting new records every other day, peak summer months may bring more harsh weather to several cities of East India.