KEEPING  OUR  EYES  ON  THE  WORLD 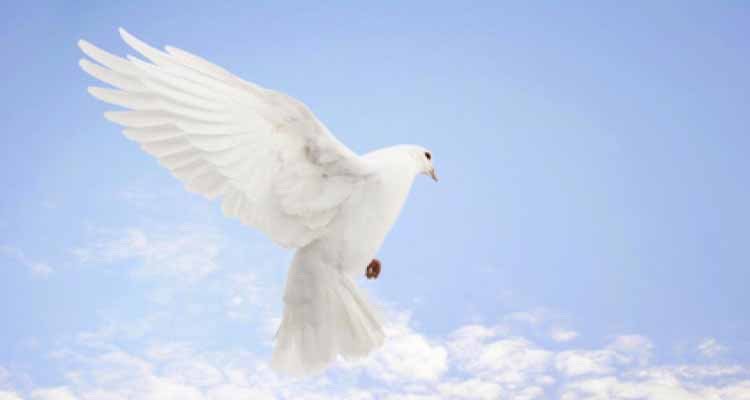 Nations have been led to borrow billions for war; no nation has ever borrowed largely for education.

We make this big loan, most of it comes back to the US, the country is left with the debt plus lots of interest, and they basically become our servants, our slaves. It’s an empire. There’s no two ways about it. It’s a huge empire. It’s been extremely successful

Early warnings of an out-of-control climate

Global warming is edging perilously close to out-of-control, according to a growing number of scientific reports from round the planet, a leading science writer has warned.  Time is running out if we want to preserve our world in a stable, healthy and productive state, capable of feeding and supporting us all.  The great concern is the rapid rise, over the last three years, in methane levels in the atmosphere. Methane is a gas with 28 times the planet-heating power of carbon dioxide. Scientists estimate there may be as much as 5 trillion tonnes of it locked in permafrost and seabed deposits.

The scientists calculated that, while carbon dioxide remains by far the most significant gas driving human-induced climate change, methane, while much less abundant, is even more potent than previously thought. They found that a one tonne emission of methane has the equivalent warming effect of 32 tonnes of carbon dioxide – up from the previous estimate of 28.

We’ve passed the Point of No Return for our planet and its ice masses, and there’s no home base we humans can escape back to.

A New Material is Able to Create Hydrogen Fuel From Seawater

Hydrogen fuel,only emissions are water vapor, a drastic difference from what is produced by fossil fuels. In terms of vehicles, hydrogen fuel cells have about double the fuel economy of traditional gasoline. Additionally — and most obviously — hydrogen fuel is renewable and can be created in abundance. If this nanomaterial is used on a larger-scale, the process could help generate a substantial amount of green energy, replacing fossil fuels and pushing us forward in the fight against climate change.

A year since the SA blackout, who’s winning the high-wattage power play?

Judging by his interviews with me and the Guardian’s Katharine Murphy, Weatherill has found his signature issue – Far from being the last nail in the Weatherill government’s electoral coffin, the power crisis has perversely breathed new life into Labor’s re-election hopes… It is turning its own failures on energy security into a single-issue platform on which to campaign.

How Australia beat the gun lobby and passed gun control

Australians are confounded by the unwillingness of American politicians to institute reasonable gun control. We performed the necessary operation, so why can’t our friends over the water?

Australian cities to have 50C summer days by 2040

Even if the Paris agreement to limit the global temperature rise to below 2C is met, summer heatwaves in major Australian cities are likely to reach highs of 50C. Governments needed to start thinking about how the public transport system would cope during peak hour in extreme temperatures, how emergency departments would respond to increased demand from elderly people and others vulnerable to heatstroke, and how energy requirements would be met during peak temperatures,

As temperatures climb on another early-season total fire ban day for much of NSW, the latest fuel moisture maps show the region around Sydney is at least as dry as during big bushfires in 2013 – but three weeks earlier in the year. The maps, compiled by Rachael Nolan from the University of Technology and University of Wollongong researchers, show forest fuel moisture levels are continuing to decline, elevating the risk of major fires without significant rain.

Broad swathes of northern Kenya are battling famine caused by a) government negligence which has allowed the country’s infrastructure to deteriorate and b) foreign aid that has made thousands of people dependent on food deliveries.

All major emitters worldwide, except India, stayed stagnant or fell in their CO2 emissions, due to increased use of renewables and decreased coal use; the US and Russia saw about a two percent decrease, while China, European Union states, and other G20 member emissions remained static. Other nations, mainly developing countries, still have rising CO2 emissions levels.

It emerged in Cambodia but has since spread through parts of Thailand, Laos and has arrived in southern Vietnam. There was a real danger of malaria becoming untreatable. Resistance to the drugs would be catastrophic in Africa, where 92% of all malaria cases happen.

Cracks in Dollar Are Getting Larger

China just announced that any oil-exporter that accepts yuan for oil can convert the oil to gold on the Shanghai Gold Exchange and hedge the hard currency value of the gold on the Shanghai Futures Exchange. The deal has several parts, which together spell dollar doom. The first part is that China will buy oil from Russia and Iran in exchange for yuan. The yuan is not a major reserve currency, so it’s not an especially attractive asset for Russia or Iran to hold. China solves that problem by offering to convert yuan into gold on a spot basis on the Shanghai Gold Exchange. This straight-through processing of oil-to-yuan-to-gold eliminates the role of the dollar. The dollar is being pushed out of international trade and payments to be replaced by yuan, rubles, euros or gold in this case. I believe gold is ultimately heading to $10,000 an ounce, or higher.

The Japanese Tsunami Had an Unprecedented Side Effect on The Pacific

Nearly 300 species of coastal creatures were carried across the Pacific Ocean in the wake of the 2011 earthquake and tsunami, with some organisms making a journey of more than 7,000 kilometres (4,350 miles) across the waves from Japan to the United States. This unprecedented migration was made possible by the natural disaster and a very modern problem – plastic waste and other debris floating in the sea were used to hitch rides on by the marine species.

Four of nine planetary boundaries have now been crossed as a result of human activity, says an international team of 18 researchers in the journal Science (16 January 2015). The four are: climate change, loss of biosphere integrity, land-system change, altered biogeochemical cycles (phosphorus and nitrogen). Two of these, climate change and biosphere integrity, are what the scientists call “core boundaries”. Significantly altering either of these “core boundaries” would “drive the Earth System into a new state”.

History as a Cure for Our Times

A Lively digression from Seutonius

The focus of blame seems to lie in the sharp rise in zero-hours contracts and part-time work. Zero-hours contracts add to a person’s financial insecurity as they can’t plan for the future. “While part-time working can be good if that is what the person wants, it is not if they would actually like a full-time job,” she added. Not only that, incomes are failing to rise, and “stagnating wages are putting huge pressure on many of the most vulnerable households, with too many buckling under this pressure.

Tropical forests are ‘no longer carbon sinks’ because of human activity

Tropical forests now emit more carbon than they are able to absorb from the atmosphere as a result of the dual effects of deforestation and land degradation. The world’s tropical forests could have experienced a net loss of around 425m tonnes of carbon from 2003 to 2014. “The main discovery is that forests in tropical regions are not a carbon sink, but a carbon source. That means that the amount of carbon emissions from tropical regions are actually bigger than the carbon removal that this region is able to achieve.”

I find those figures and announcements both inspiring and depressing. They’re inspiring since they show what real EV leadership is and what it results in, but they’re also a bit depressing since no other country is close to Norway on the disruptive-tech S-curve.

The Israeli-Palestinian conflict is one of the world’s major sources of instability. Americans are directly connected to this conflict, and increasingly imperilled by its devastation.