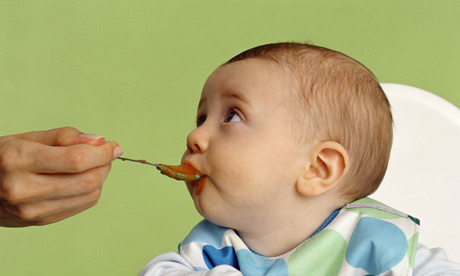 Another mouth to feed, another gas guzzler, long-distance traveller, consumer … and future parent

There are already 6.8 billion people living on this crowded planet and the figure is expected to rise to 9 billion by 2050. How can we expect to reduce global carbon emissions by 50 per cent or more if populations continue to grow exponentially? Family planning is often regarded as taboo by environmentalists, but many are now coming round to the view that curbing population growth will be crucial to combat climate change.

Ed Miliband, the UK’s secretary of state for energy and climate change, addressed the issue recently at a town hall meeting in Oxford. “There’s no question that population growth is part of the reason why we have growth in carbon emissions … but I’m not sure that there’s an easy or necessarily desirable solution once you’ve stated that fact.”


There are plenty of reasons why reducing birth rates might not be desirable. No country wants to end up with a situation in which the workforce is too small to support the elderly – as Japan and China are experiencing.

Most of the projected global population increase will happen in the developing world, but the impact of each extra person on the climate is less in poor countries because emissions per capita are lower. Can we quantify the extra emissions that result from each child born?

Statisticians at Oregon State University have done just that. Paul Murtaugh and Michael Schlax calculated that every child in the US adds 9,441 tonnes to each parent’s carbon footprint. This is assuming that emissions per capita continue at today’s levels. Compare that with 1,384 tonnes of carbon dioxide for each child in China, or 56 tonnes in Bangladesh.

To arrive at their estimates, published in the journal Global Environmental Change, Murtaugh and Schlax started with the basic premise that a person is responsible for the carbon emissions of their descendants, weighted by their relatedness. So a mother and father are each apportioned half of their child’s emissions, a quarter of each grandchild’s emissions and so on. The researchers used UN projections of fertility to simulate 10,000 family lineages in each of the world’s 11 most populous countries, and estimated what the “carbon legacy” of an individual would be in different scenarios of future emissions levels.

“Many people are unaware of the power of exponential population growth,” Murtaugh said. “Future growth amplifies the consequences of people’s reproductive choices today, the same way that compound interest amplifies a bank balance.”

The perceived right to start a family is a sensitive topic, so it’s hardly surprising that some have reacted badly to Murtaugh’s research. “However new-sounding the language about ‘carbon footprints‘ may be, what we have here is the same old Malthusian view of people breeding themselves to destruction,” wrote William McGurn, a former speechwriter for George W. Bush, in an opinion article in the Wall Street Journal. The Baltimore Reporter went further, calling the authors “reproduction Nazis”.

Needless to say, Murtaugh and Schlax are not advocating eugenics. They “simply want to make people aware of the environmental consequences of their reproductive choices”.

So now that you know that becoming a parent could lead to a legacy of 262 times more carbon emissions than failing to convert to energy-saving light bulbs, are you still keen to start a family?