by JohnJames
27 November, 2018 Climate chaos, Energy Matters, Freedom of speech, movement, rights, John James Newsletter, News, Sustainable Settlement and Agriculture, The war that will not end in our lifetimes, Water0

Average global temperatures have risen 1C in 200 years. At the current pace we now expect to one fifth of that each decade – triple the rate prior to  2012
IPCC report

This is one of the most disturbing articles I have ever read.
‘Hyperalarming’ study shows massive insect loss
In 2014, an international team of biologists estimated that, in the past 35 years, the abundance of invertebrates such as beetles and bees had decreased by 45%. In places where long-term insect data are available, mainly in Europe, insect numbers are plummeting. A study last year showed a 76% decrease in flying insects in the past few decades in German nature preserves. Between 1977 and 2013, the catch rate in the sticky ground traps fell 60-fold.Not 60%, but 60 times. Everything is dropping. The most common invertebrates — the moths, the butterflies, the grasshoppers, the spiders and others — are all far less abundant. Insect-eating frogs and birds plummeted, too. The food web appears to have been obliterated from the bottom.     Read here  and  here I strongly advise you to read this analysis that criticises the more “comfortable” conclusions in the report. We have already questioned the accuracy of its forecasts. This sets out why, and that the situation is more dangerous than is admitted. This is our future, and it deserves a little attention so we can see whats in store over the next few years.
IPCC keeps feeding the addiction
The IPCC bends over backward to make it look as if temperatures were lower than they really are, in an effort to make it look as if there were carbon budgets to be divided, and polluters should be allowed to keep polluting until those budgets had run out. This is like saying that drug junkies who cause damage and are deeply in debt, should be handed over more money. In reality, there is no carbon budget to be divided, there is just a huge carbon debt to be repaid.     Read more

New IPCC climate report actually understates threat
A number of scientists contend that the report wasn’t strong enough and that it downplayed the full extent of the real threat. They say it doesn’t account for all of the warming that has already occurred and that it downplays the economic costs of severe storms and displacement of people through drought and deadly heat waves. The danger of omitting the big risks is that policymakers underestimate the scale and urgency of the situation. Policymakers may misinterpret their omission as a sign that the authors examined the risks and decided either that the impacts would be unimportant or that the probabilities are zero. It is the difference between an academic literature review and a professional risk assessment.     Read here

Australia heading for a ‘battle royal’ on solar power
Australia has been installing around 100 megawatts of new solar power every month in 2018 and there are predictions that the country could become the first country in the world where the grid cannot handle the excess electricity generated.  Power generated would be wasted as it could not be transported to where it could be used. “We’ll be one of the first countries in the world to hit that solar peak. We’re going to see it way before anyone else does. We’ll hit a point where there is no point in putting any more solar power into the system without something changing. For somewhere like South Australia, I don’t think that it’s far away when they won’t be able to add any more solar because there is nowhere to take it.” On average six rooftop solar panels are is installed in Australia every minute, adding the equivalent of a new coal-fired power station every year. The government needs to stop blocking the efficient use of this power and properl;y integrate solar into the system.      Read moreTipping Elements – the Achilles Heels of the Earth System
Tipping elements are components of the Earth system of supra-regional scale which – in terms of background climate – are characterised by a threshold behaviour. Once operating near a threshold, these components can be tipped into a qualitatively different state by small external perturbations. To compare them with the human body, tipping elements could be described as organs which drastically alter or stop their usual function if certain requirements, such as oxygen supply, are not sufficiently fulfilled. The threshold behaviour is often based on self-reinforcing processes which, once tipped, can continue without further forcing. It is thus possible that the new state of a tipping element persists, even if the background climate falls back behind the threshold. The transition resulting from the exceedance of a system-specific tipping point can be either abrupt or gradual. Its large-scale environmental impacts could endanger the livelihood of millions of people.    Read more

How to grapple with soaring world population? An answer from Botswana
Botswana has one of the fastest falling fertility rates. Maternal and child health and family planning services were integrated more than 40 years ago. The median age has improved from 16 to 25 and the fertility rate from 6.7 to 2.8. A suite of contraceptives are now available through facilities ranging from the most rural health posts to urban hospitals. An NGO, the Botswana Family Welfare Association, works with the government to reach out to even the most rural of locations  to improve access to sexual and reproductive health services, particularly among young people. At the same time the infant mortality rate decreased from 97.1 deaths per 1,000 births in 1971 to 17 in 2011      Read more
Compare with Uganda where median age is stuck around 16 and the fertility rate shifted only from 7.1 to5.8.   Precipitation in the 2050s
How will climate change affect rainfall and snow in your community? We mapped what the world will look like under current climate-change projections.     Read more

Iran Deserves Credit for the Ruin of ISIS
But is the U.S. now allowing its last remnants to survive in Syria to spite Tehran? In a campaign to defeat the terror group in Iraq and, to a lesser extent, Syria, there is no doubt that the bulk of the effort came from Iran, not the US. Without Iranian involvement, ISIS would still have a formidable presence in both Iraq and Syria.  ISIS was born out of the ashes of the American invasion of Iraq. Their rise was the logical extension of a process that saw the fabric of secular Sunni society torn asunder by an American occupier unwilling to further empower a Sunni ruling elite that had been loyal to Saddam Hussein.     Read more

Dangerous Rapidly Intensifying Hurricanes Like Michael and Harvey to grow More Common
Not only will global warming make the strongest hurricanes stronger, it will also increase how fast they intensify. Troublingly, intensification rates don’t increase linearly as the intensity of a storm increases–they increase by the square power of the intensity. Thus, we can expect future hurricanes to intensify at unprecedented rates, and the ones that happen to perform their rapid intensification will be extremely dangerous.      Read more

157 of World’s 200 Richest Entities Are Now Corporations, Not Governments
From massive inequality to the climate crisis, these powerful corporations “are able to demand that governments do their bidding”. The world’s most profitable companies are raking in revenue “far in excess of most governments,” giving them unprecedented power to influence policy in their favour and skirt accountability. “The vast wealth and power of corporations is at the heart of so many of the world’s problems—like inequality and climate change,” Dearden noted. The drive for short-term profits today seems to trump basic human rights for millions of people on the planet. Yet there are very few ways that citizens can hold these corporations to account for their behaviour.      Read here

Fire fundamentally alters carbon dynamics in the Amazon
With higher temperatures and increasingly severe droughts resulting from climate change, fires are becoming a more frequent phenomenon in the Amazon. New research finds that fires fundamentally change the structure of the forest, leading it to stockpile less carbon even decades after a burn. The research also shows that the burning of dead organic matter in the understory can release far more carbon into the atmosphere than previously thought.     Read here

Watching the wildlife return
In the mid-2000s, villagers from the Jola ethnic group in the Casamance region of Senegal noticed a decline in local fish stocks and forest cover, and an increase in water salinity, all of which threatened their food supply and way of life. They formed a fishing association in 2006 that grew into a community-wide conservation group known as the Kawawana ICCA in 2010, and have since turned their dire situation around by reviving traditional fishing and forestry methods. As part of that effort, the Kawawana ICCA established a team to check up on the state of the river and forest, counting birds, fish, crocodiles, otters and dolphins, whose presence indicates healthy fish stocks, and monitoring rainfall and river salinity.     Read here

Trump’s Psychopathology Is Getting Worse
In fact, Trump suffers from several psychological pathologies that render him a clear and present danger to the world. Trump shows signs of at least three dangerous traits: paranoia, lack of empathy, and sadism. Paranoia is a form of detachment from reality in which an individual perceives threats that do not exist. The paranoid can create dangers for others in the course of fighting against imaginary threats. Lack of empathy can derive from an individual’s preoccupation with the self and a view of others as mere tools. Harming others causes no remorse when it serves one’s own purposes. Sadism means finding pleasure in inflicting pain or humiliating others, especially those who represent a perceived threat or a reminder of one’s weaknesses.     Read moreThe Geopolitics of the Khashoggi Murder
In reality it is the ideological gulf between Saudi Arabia and Turkey, not Iran, that is more deeply rooted—even if less publicly aired—than the so-called Iranian threat. It is about the future face of the Middle East, For starters, it was the Ottoman Turkish Empire that undertook to  roll back and overthrow the first Wahhabi state to arise in Arabia in the early 19th century that had already rampaged across the peninsula when the Holy Places were under the legal protection of the Ottoman Sultan. But what are the fissures today?     Read moreGlobal CO2 emissions will increase once again, according to the head of the IEA.
Energy sector carbon emissions will rise in 2018 after hitting record levels the year before, dimming prospects for meeting Paris climate treaty goals. The energy sector accounts for 80 per cent of global CO2 emissions, with most of the rest caused by deforestation and agriculture, With one degree Celsius of warming so far, Earth has seen a crescendo of deadly extreme weather, including heatwaves, droughts, floods and deadly storm surges made worse by rising seas. Next two years are critical.     Read moreUS-China War is Inevitable?
That collision course was ramped up last week when US Vice President Mike Pence delivered a barnstorming speech declaring China as global enemy number one. Speaking at the rightwing Hudson Institute in DC, Pence castigated China for “increased economic and military aggression”, and warned: “We will not back down.”Last year, the acclaimed journalist and film-maker John Pilger released a documentary entitled: “The Coming War With China”. Pilger recounted the proliferation of American military bases in the Pacific Rim region which are evidently meant to encircle China for an eventual shooting war, or at least to serve as a means of threatening Beijing into submission. Pilger’s documentary is proving to be prescient given the ratcheting up of provocations by Washington.     Read more 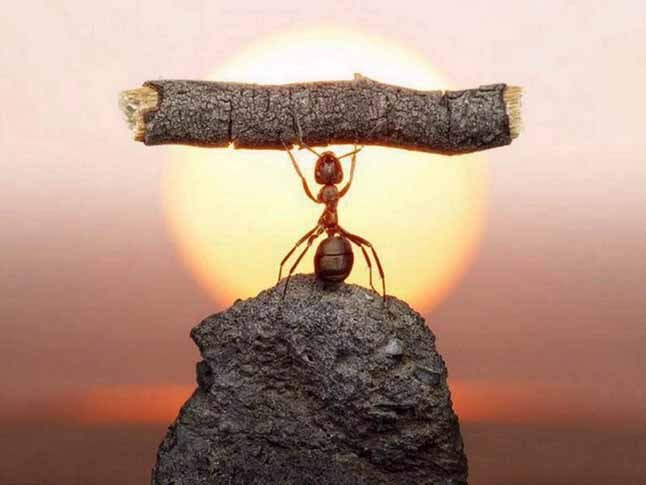