You may think your actions are meaningless and that they won’t help, but that is no excuse, you must still act

Liberty cannot be preserved without a general knowledge among the people

It is no longer rare to meet adults who have never swum except in a swimming pool, never slept except in a building, never run a mile or climbed a mountain, never been stung by a bee or a wasp, broken a bone or needed stitches. Without a visceral knowledge of what it is to be hurt and healed, exhausted and resolute, freezing and ecstatic, we lose our reference points. We are separated from the world. Climate change, distant wars, the erosion of democracy, the resurgence of fascism can all can be reduced to abstractions

Bacteria are making a methane pool stretching from Panama to Hawaii. The bacteria that release vast pools of methane in the ocean have been found, clustered on a narrow ledge at the edge of an oceanic trench that stretches along the Americas. The pools of methane they release are enormous. This is the first time that scientists have sampled the seafloor sediments to track down the bacteria generating giant ocean methane pools. “Scientists are predicting these low-oxygen zones will get larger and closer to the surface as the oceans warm,” 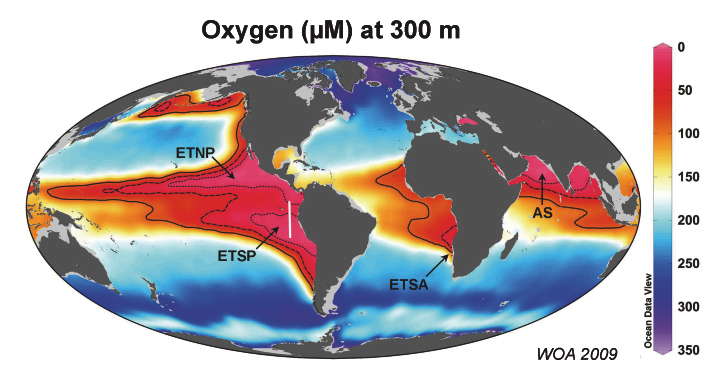 Lying along the Arctic’s subsea continental margins and beneath permafrost are methane hydrates that cumulatively contain the equivalent of up to 10,000 gigatons of carbon. For perspective, humans have released approximately 1,475 gigatons C02 since 1850. Paul Beckwith: “It is my view that our climate system is in early stages of abrupt climate change that, unchecked, will lead to a temperature rise of 5 to 6C within a decade or two. Obviously, such a large change in the climate system will have unprecedented effects on the well-being of every plant and animal on our planet.”

The Donbass Is Breaking Away from an Agonized Ukraine

One can judge the seriousness of these developments by the truly Herculean efforts made by the western corporate media not to notice them. Even Boris Johnson, who was in Kiev, was focusing exclusively on the upcoming Eurovision competition, and not on the dramatic developments taking place in the southeast.

US says ‘all options on table’ to deal with North Korea

US Ambassador to the UN calls Kim Jong-un arrogant and ‘a not rational person’.

His remarks highlight Beijing’s waning influence over Pyongyang. “The two sides are like two accelerating trains coming towards each other, with neither willing to give way,” Wang Yi said, adding: “The question is: are the two sides really ready for a head-on collision?”

3D-printed houses, automatically designed hospitals, prefabricated skyscrapers — once futuristic dreams are now a reality  inspiring innovators redefine the industry that demonstrate the potential of innovation in construction and give a glimpse of the industry’s future.

One in five species on Earth now faces extinction, and that will rise to 50% by the end of the century unless urgent action is taken. “The living fabric of the world is slipping through our fingers without our showing much sign of caring,” These animals and plants provide us with our food and medicine. They purify our water and air while also absorbing carbon emissions from our cars and factories, regenerating soil, and providing us with aesthetic inspiration.

This legislative effort is about fundamentally gutting one of our nation’s most important bedrock conservation laws and replacing science-based decision-making with political horse-trading that sells out our endangered wildlife. Corporate interests want to make it legal to drive rare plants and wildlife extinct. It’s as simple as that.

The scale of the threats posed by global warming and the prospect of more rapid shifts will likely stretch rich and poor nations alike.

When Pope Francis was elected nearly four years ago he was escorted – like every pope before him – from the Sistine Chapel to the Room of Tears. … Today the Vatican is beset by tension, turmoil and rebellion.

The global spying operation was the brainchild of K2 Intelligence and involved placing a corporate spy at the heart of the anti-asbestos movement. The spy posed as a journalist wanting to make a campaigning documentary about the nefarious activities of the asbestos industry in Asia where the material is not banned.

The thousands of leaked documents focus mainly on techniques for hacking and reveal how the CIA cooperated with British intelligence to engineer a way to compromise smart televisions and turn them into improvised surveillance devices.

“Oily residue is pouring down from the sky.”

Afraid of World War III? We may already be there – on social media

McLuhan, who coined the term “global village” to describe a world linked through electronic media, made an observation with particular relevance for social media today: when the mind is overloaded by facts, it reverts to myth to understand the world. “Myth is an instantaneous grasp of a complex situation,”

China Expands Its Strategic Airlift Capability, Prepares To Expand Its Sphere Of Influence

Roughly the size of the Boeing C-17 Globemaster, the Y-20 is a crucial component in China’s growing ability to expand its strategic power projection capabilities. After initially expressing a need for 400 of these aircraft, they later revised to 1000. As China makes a concerted effort to secure its strategic interests as far away as the Horn of Africa, a viable strategic airlift capability is essential. China is rapidly breaking free from its regional power status, and will continue to gain greater influence in global economic, political, and military spheres.

Chinese troops appear to be operating in Afghanistan

It’s a unique dilemma for Washington. China’s assistance in war-torn Afghanistan is seen as helpful. All the saber rattling in the South China Sea is not.So the US appears willing to cooperate where it can, and confront where it must.

The massive size of China’s banking system is less a cause for celebration than a sign of an economy overly dependent on bank-financed investment, beset by inefficient resource allocation, and subject to enormous credit risks

The design calls for a series of bio-sourced wooden cubes to be mounted onto the structure — extending the useful space horizontally through openings in the exterior. This extension would reduce the total energy consumption of the building by a factor of four.