Study: Hillary Clinton ran one of the worst campaigns in years

The study also backs the view that Clinton’s focus on identity politics and emphasis on condemning her opposition contributed to a campaign message devoid of substance with no clear message on policy.

This extraordinary collection of to more than several hundred million lines of code, gives its possessor the entire hacking capacity of the CIA.

Next WikiLeaks worry: the release of the code

Vault 7 – The Most Horrifying Leak Yet – What You Need To Know : Video –

You don’t want to miss this.

By 2030, half the world’s oceans could be reeling from climate change

Computer models examine how oceans would fare over the next century under business-as-usual and a more moderate scenario based on the Paris Agreement come into effect. In both scenarios, large swaths of the ocean will be altered by climate change.

For the second year in a row, atmospheric C02 concentrations have climbed at a record pace. Levels jumped by three parts per million in both 2015 and 2016 and now rest at about 405 parts per million. 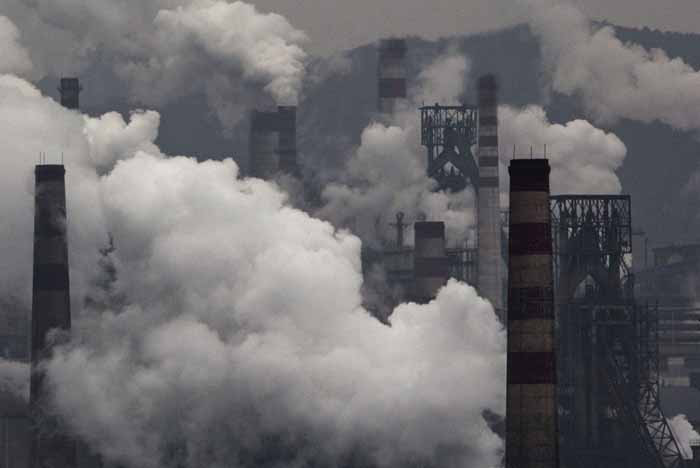 Emergency shelters made from paper

Long before sustainability was a buzzword, architect Shigeru Ban was using ecologically sound building materials such as cardboard tubes. He uses them to build remarkable temporary structures for disaster-struck nations such as Haiti, Rwanda and Japan. Yet often, these buildings remain a beloved part of the landscape long after they have served their intended purpose.

The Oceans are Warming Faster than Previously Thought; Rate of Heat Build-up Accelerating

This increased rate of warming is concerning as 90% of the total extra heat absorbed by carbon dioxide and other greenhouse gasses ends up in the world’s oceans. Ocean heat gain is a better pointer to global warming than atmospheric heat gain.

The world’s oceans are storing up staggering amounts of heat

One of the first to open, The Bower in Marrickville, Sydney, said its volunteer fixers had helped to repair items for more than 800 people and “diverted 97 tonnes of waste from landfill”, equivalent to “two and a half Olympic swimming pools”.

while the trees captured the carbon well up to the present day, they could not capture more. “We saw no growth response to the trees, to the elevated CO2, and we saw no productivity response either,”

Remember Confessions of an Economic Hitman?

A constitutional amendment to freeze public spending for two decades ties any increase to social assistance programs to the previous year’s inflation rate, rather than GDP. This will effectively limit what all future governments can spend on health, education and social welfare for at least 20 years. Simultaneously increase military spending.

Frightened by Donald Trump? You don’t know the half of it

Don’t imagine that other parts of the world are immune. Corporate-funded thinktanks and fake grassroots groups are now everywhere. The fake news we should be worried about is the constant feed of confected scares about unions, tax and regulation drummed up by groups that won’t reveal their interests. The less transparent they are, the more airtime they receive. The organisation Transparify runs an annual survey of thinktanks.

If you think things are bad now for the nation, a closer look at Wisconsin shows us that we need to brace ourselves. Reince Priebus [who came to the Trump administration out of Walker’s political machinery in Wisconsin] has been printing up copies of Walker’s playbook and handing it out to the Republican leadership in Congress.

As with our Great Barrier Reef, icons of our identity swept away to make money

Bald eagles: scientists decry overturn of ban that would save American symbol

The national bird is threatened by toxic bullets made from lead that wind up in the animals it eats, but the Trump administration overturned a rule to stop it

One of the worst instances of mangrove forest dieback ever recorded globally struck Australia’s Gulf of Carpentaria in the summer of 2015-16. A combination of extreme temperatures, drought and lowered sea levels likely caused this dieback. The mangroves appear to have died of thirst.

The number of natural disasters has more than doubled since the early 1980s.

By promoting pumped hydro, Turnbull is effectively signing the death knell for any new coal or gas fired generation built by the private sector, and is paving the way for a 100 per cent renewable energy grid, driven mostly by wind and solar. It also makes a reported and belated push for nuclear energy from members of his Coalition entirely redundant,

“The reason we have taken this approach is because we consider the river an ancestor. We have fought to find an approximation in law so that all others can understand that from our perspective treating the river as a living entity is the correct way to approach it, as in indivisible whole, instead of the traditional model for the last 100 years of treating it from a perspective of ownership and management.”  The new status of the river means if someone abused or harmed it the law now sees no differentiation between harming the tribe or harming the river because they are one and the same.

The fast-melting ice in the Arctic and an increase in snowfalls in Siberia, both the result of global warming, are changing winter weather patterns over east China. Periods of stagnant air are becoming more common, trapping pollution and leading to the build up of extreme levels of toxic air.

Severe winters are now strongly linked to soaring polar temperatures with deadly summer heatwaves and torrential floods. The Arctic meltdown has instigated abrupt changes in the planet’s swirling atmosphere, bringing extreme weather. Global warming has been shrinking the northern ice cap, driving the loss of about three-quarters of its volume so far. Recent heat in the Arctic 33C above average in parts of the Russian Arctic and 20C higher in some other places.

Seven ways to keep the CIA out of your home

The “Vault 7” documents published by WikiLeaks show us how to get the internet out of the devices.

What Are The Top Causes Of Global Warming?

Agriculture, land use and forestry – 24% 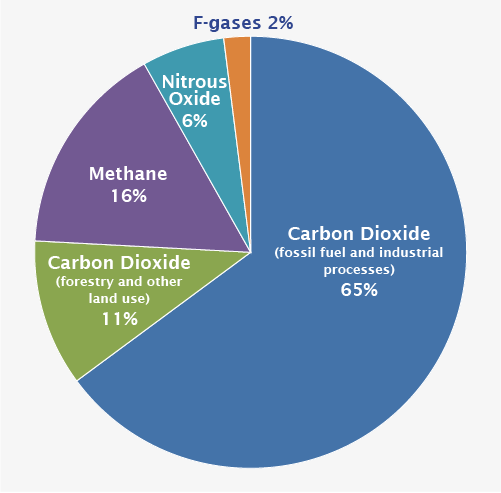