IBM Research and Swiss solar technology company Airlight Energy just unveiled a cutting-edge solar system that resembles a 10-meter-high sunflower! The High Concentration PhotoVoltaic Thermal (HCPVT) system can concentrate the sun’s radiation 2,000 times and convert 80 percent of it into useful energy, generating up to 12 kilowatts of electrical power and 20 kilowatts of heat on a sunny day—enough to power several average homes. Oh, and it can also produce clean, fresh water as a result of the process used to cool the solar cells! 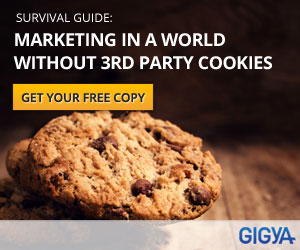 First, the nitty gritty specs: The design features a 40-square-meter parabolic dish made of a patented fiber-based concrete. This concrete has mechanical characteristics similar to those of aluminum, but at 20 percent of the cost. The inside of the dish is covered with 36 elliptic mirrors made of recyclable, silver-coated plastic foil that is only slightly thicker than a chocolate wrapper. This mirrored surface area concentrates the sun’s radiation by reflecting it onto microchannel liquid-cooled receivers. Each receiver is covered with a dense array of one centimeter square photovoltaic chips that can produce up to 57 watts each on a sunny day. Seemingly thinking of everything, the team has also designed a large, inflated, transparent plastic enclosure for the mirrors and the receiver, which protects them from rain and dust and prevents birds and other animals from getting fried.

The concentrators use a direct hot-water cooling design that IBM already uses in its high-performance computers and supercomputers. However, with a bit of customization, the HCPVT system can also provide drinkable water and air conditioning from the hot water output produced. The team notes: “For example, salt water can pass through a porous membrane distillation system, where it is vaporized and desalinated. Such a system could provide 30–40 liters of drinkable water per square meter of receiver area per day, while still generating electricity with a more than 25 percent yield or two kilowatt hours per day—a little less than half the amount of water the average person needs per day according to the United Nations, whereas a large multi-dish installation could provide enough water for a town.”

Researchers believe that with high-volume production they can bring the cost of each unit down to two to three times lower than comparable available systems. Dr. Gianluca Ambrosetti, Head of Research at Airlight Energy, says, “With the HCPVT we are ushering in a new generation of solar energy technology. Not only is the system affordable, but it will create jobs where it is installed because many of the materials will be sourced locally. We expect to partner with firms around the world to bring a commercial version to market by 2017.”

But wait, there’s more! Airlight Energy and the IBM Corporate Service Corps are donating one of these systems to two deserving communities. Each winning community will receive a prototype HCPVT system from Airlight Energy, and be eligible for pro bono “enablement and transformation support” from IBM Corporate Service Corps. Applications from communities will be open in 2015 with winners announced in December 2015, and installations beginning in 2016. You can sign up to receive further details about this remarkable opportunity here.